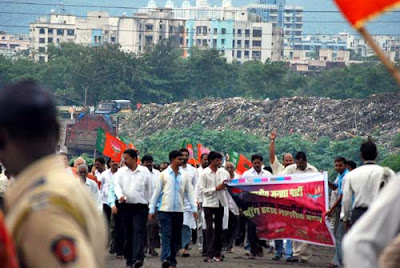 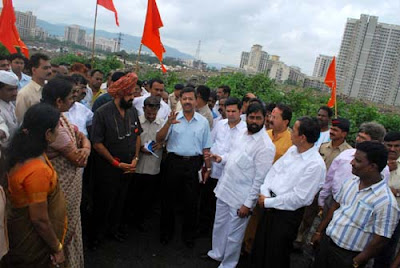 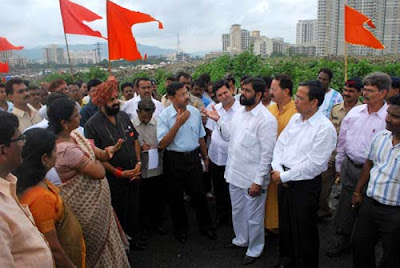 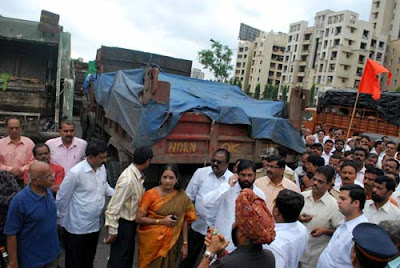 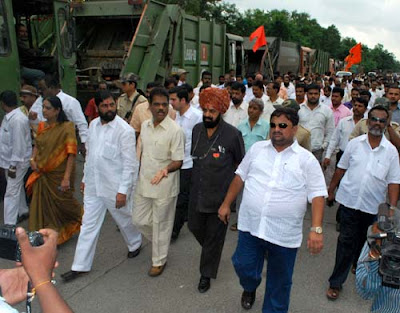 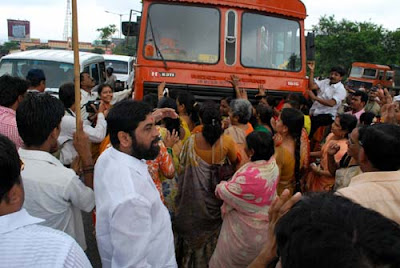 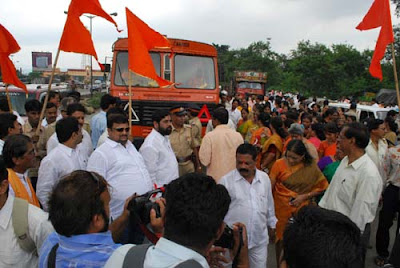 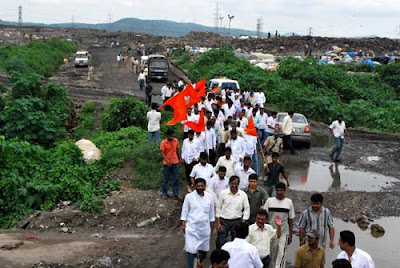 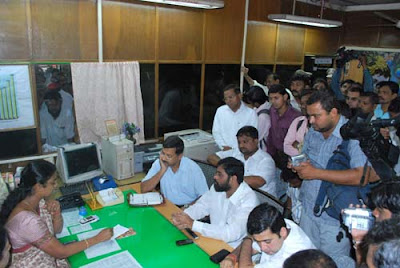 Before the meeting sena leaders stopped the BMC garbage vehicles from emptying on the dumping ground as well as BJP did a Rasta Roko.