MIHIR JOSHI
At a press conference conducted on 30th May 2018, DCP Akhilesh Kumar Singh gave the details and modus operandi of a gang cheating several people to the tune of lakhs of rupees.
The episode came to light with Dr. Rajsekhar Harish chandra Ujre (70), a resident of Mulund, lodging a complaint with the Mulund Police Station. 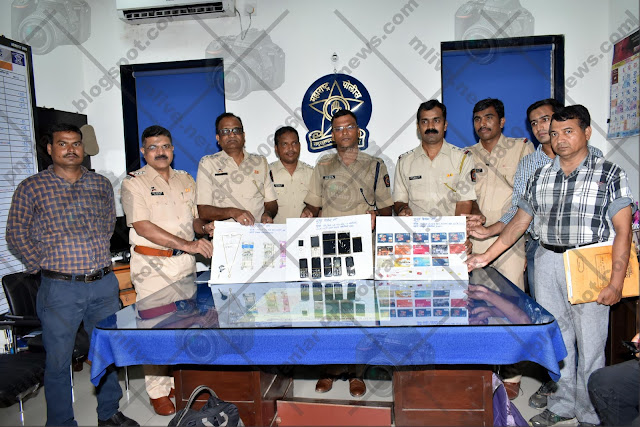 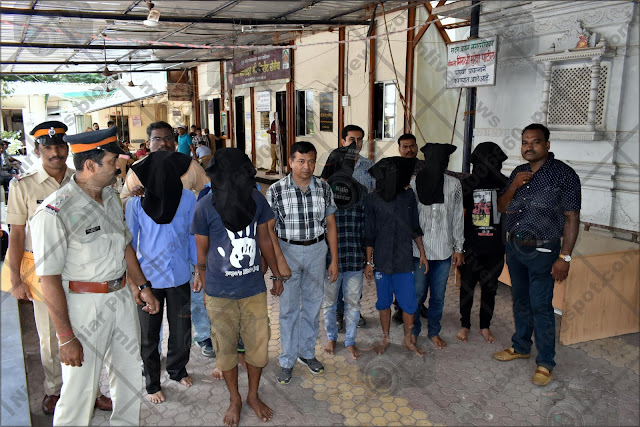 Dr. Ujre has an insurance policy with Bharti AXA.  He received a call from a person claiming to be from the insurance company. He gave the exact policy details to Dr. Ujre so that he was very much convinced of the genuinity of the call.
The caller said that a Bonus of Rs,9,46,000/- has been sanctioned on the Bharati AXA secure income plan policy held by Dr. Ujre. To avail of this , Dr. Ujre should pay a processing fee and income tax amount to the caller.  Based on this the caller was paid certain amount. The second person called up and said that the bonus is enhanced and a further amount should be paid by Dr. Ujre. In this way , a total of Rs.4,00,000/- was paid by Dr. Ujre.

This was happening over a period from September 2017, till the date of complaint.
However, Dr. Ujre found that no bonus was added to his policy. It is then that he lodged a complaint with the police.
The police arrested 7 people Rakesh Shinde (31), Ramesh Ugale (30), Murlidhar Deshmukh (37), Kumar Malusare (27), Aakash Chikle (26), Rakesh Makdum (33) and Sanjay Mankar (27).
The police have recovered Rs.1,69,000/- in cash , 10 mobile phones , 22 sim cards , 14 debit cards , gold chain , gold rings etc. The police also found that huge transactions have taken place through bank accounts of the accused.
All the seven arrested are working in the same office of the insurance company. It has come to the knowledge of the police that 22 people have been cheated by the accused. Police have requested public to bring to their notice if any such incident has taken place with them.
The accused will be in the custody of the police till 1st June.
The investigations were carried out under the guidance of Addl. C P Shri Lakhmi Gautam, DCP Zone VII Shri Akhileshkumar Singh, ACP (Mulund)  Shri Valzade and Sr. P I Shri Shripad Kale.
By PNRNEWS - May 30, 2018 No comments: Links to this post