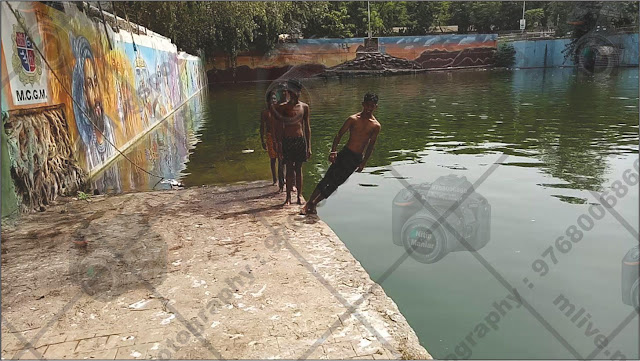 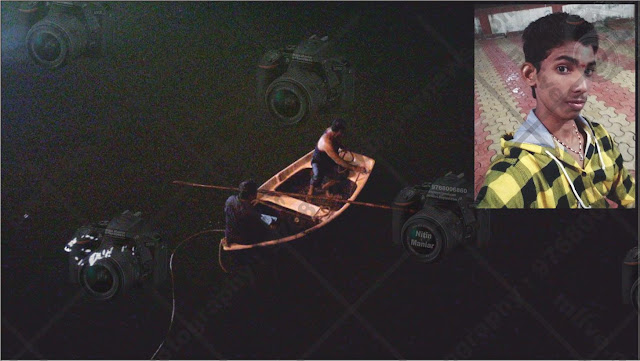 MIHIR JOSHI
At around 7 pm on 28th May, two boys aged around 16 years each went for a swim at Shivaji Talao. They have been regular swimmers at the place.
Sadly, one of the swimmers , Vijay Suresh Bagadi , a resident of Valmiki Nagar, Tank Road, drowned. His friend Vikas Rajesh Dinga survived.  According to Vikas , Vijay got a shock and drowned.
Inspite of the search conducted Vijay's body could not be found. Only on 29th May by around 10 pm could his body be found. BMC has banned swimming in Shivaji Talao. A watchman too is deputed to take care of the pond. However, due to multiple entry points, one security guard cannot do justice.
There have been longstanding demand to start boating and other activities here. If the pond is a place of activities such things will not happen. Every year, a lot of drowning cases happen here.
at June 02, 2018 No comments: 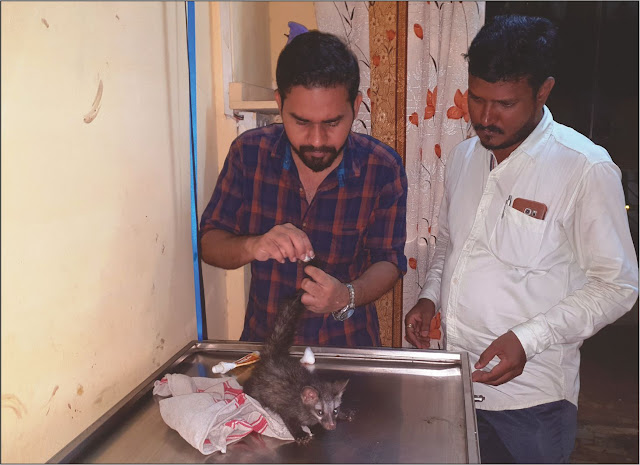 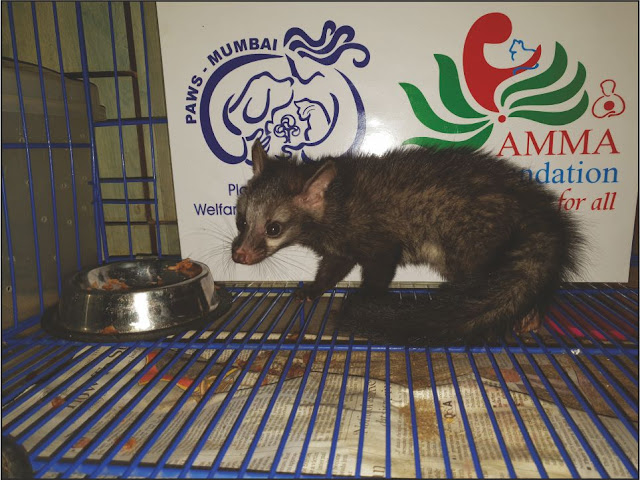 MIHIR JOSHI
Plant & Animals Welfare Society - Mumbai and Amma Care Foundation (PAWS-Mumbai ACF) Helpline received a call at around 7 : 00 AM from Prakash Kotian stating that a  cat having face like mongoose had escaped from an accident and went inside bushes at Aarey Colony, Goregaon. Following this PAWS-Mumbai ACF Rescue Team reached the spot by 7 : 15 AM and had searched the bushes and  spotted the cat. It was Asian Palm Civet which was dehydrated and very shocked condition as it is escaped from accident,  said Honorary Wildlife Warden of Mumbai City Sunish Subramanian who had lead the rescue team.
Tanmay Kolte, a rescue team member said as soon as he went near it, the cat charged at them, so they caught it  using hand gloves.
When we rescued the cat, it was very afraid, dehydrated and bleeding from tail portion as it got a wound. We took it to Veterinary Doctor for treatment and will be keeping it for observation till it recovers and as it is in shock, so we decided not to transport it on that day, said other rescue team member and Honorary Animal Welfare Officer Nisha Kunju.
Dr. Rahul Meshram Veterinary Doctor associated with NGO said the Asian Palm Civet cat (Juvenile) was brought to me in dehydrated condition, pus discharge from eyes and having wound at the tip of the tail, I have given necessary treatment and later feed & water was consumed by the cat.
at June 02, 2018 No comments:

ON OFF electricals and adjoining shops on LBS demolished. 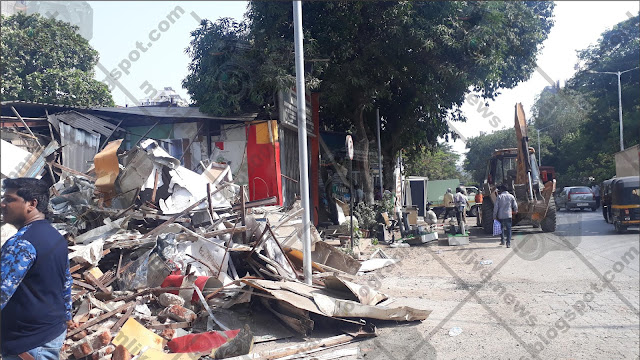 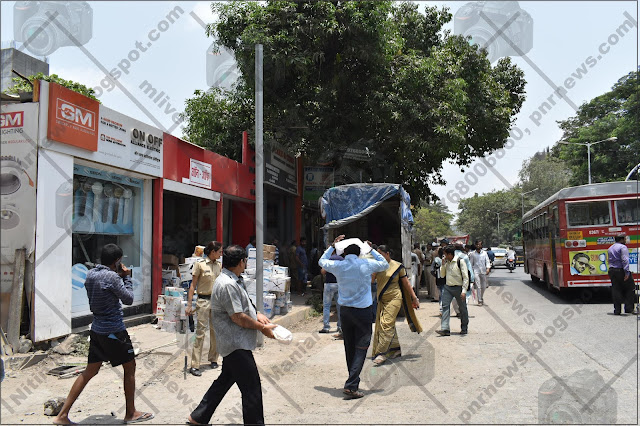 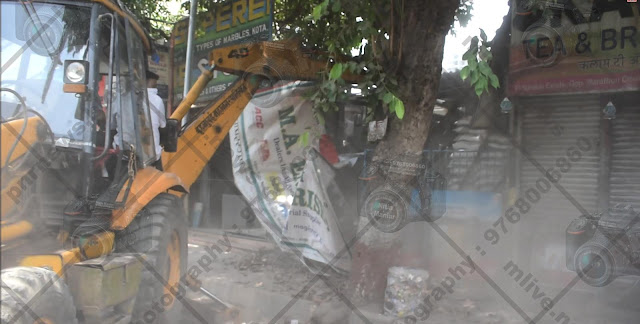 MIHIR JOSHI
BMC demolished ON OFF electricals and a number of other adjoining shops on LBS, Mulund, near Friends high school & Jr. Collage
at June 02, 2018 No comments: 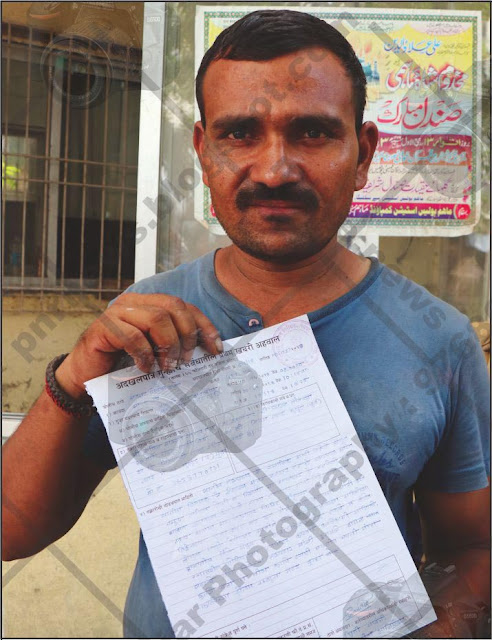 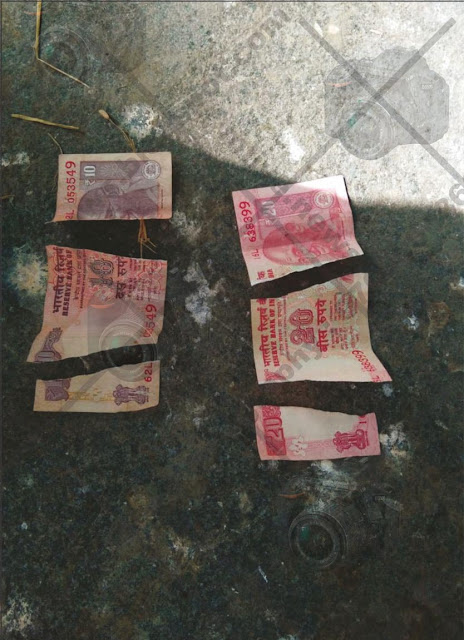 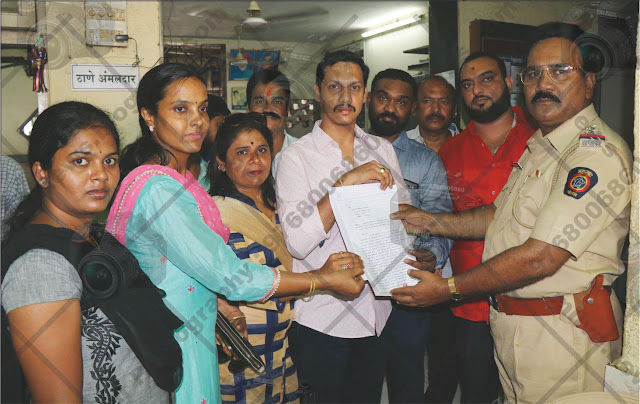 PNRNEWS DESK
Mr. Sachin  Maruti Gharat [30] R/o, Indira Nagar, Mulund has lodged a complaint against Dr. Kirit Somaiya , M.P. for tearing currency notes.
When Dr. Kirit Somaiya was on his morning walk at Sambhaji Garden, Mulund East, he found hawkers occupying the road. The M.P. then asked the hawkers not to do their business there. Sachin had complained that Dr. Kirit Somaiya snatched the money that a customer had paid him and tore the currency notes [ one Rs.10/- note and one Rs. 20/- note ] and threw the same on the road. The vendor was then sent to the police station where he was charged a fine of Rs.1250/- The vendor too lodged a complaint against the M.P.
However, Dr. Kirit Somaiya refuted the allegation and said that he had not torn any currency.
at June 02, 2018 No comments: 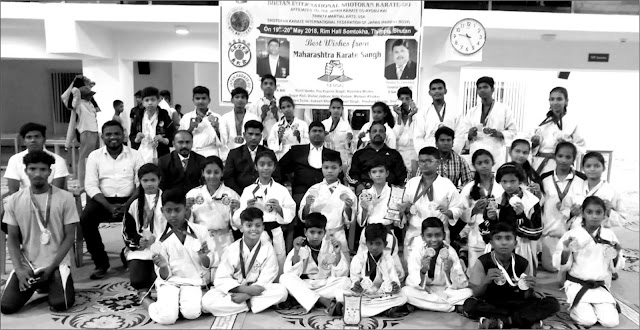 MIHIR JOSHI
In a recent karate competition held in Bhutan, 200 students from Bhutan and 150 students from India participated. The competition was held on 19th and 20th May at Thimpu, the capital of Bhutan. The competition was dedicated to the Indo-Bhutan friendship on the occasion of its 50th anniversary.
Those who won the medals include Srijit Basu, Aditya Rawat, Adharv Sawant and Manasi Bane. Miss Muktai Jadhav put up a good show by winning gold in Karate(Katha) and silver in Karate(Kumte).The event was organised by Rai, Rinjin, Bimalkumar and Dhanrai from Bhutan and Raj Kapoor, Vishal Jadhav, Nitin Kadam, Lakshman Singh and Prashant Mohite from India
at June 02, 2018 No comments: